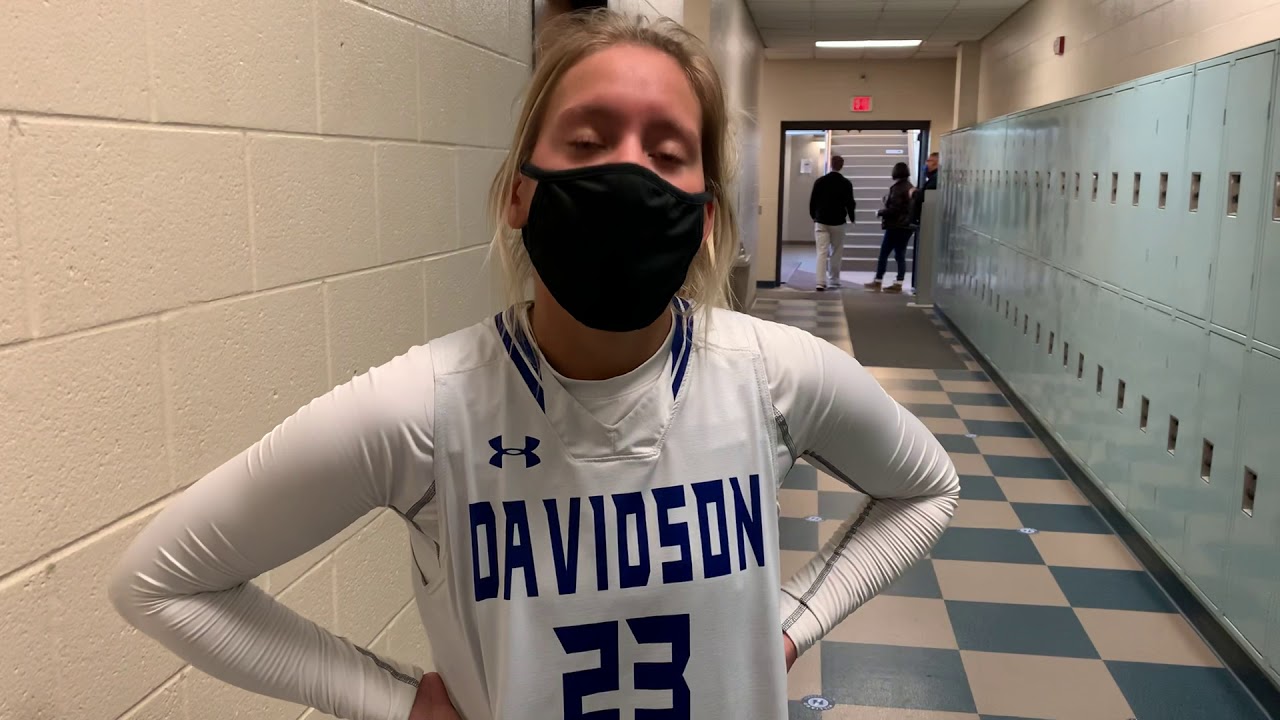 With limited action because of the COVID-19 coronavirus pandemic, Hilliard Davidson girls basketball coach Joy Taylor is pleased anytime her team can hit the court.

The Wildcats, whose schedule has been affected by the pandemic, were 2-5 overall and 0-2 in the OCC-Central Division before playing Upper Arlington on Jan. 15.

“Any win is a nice win,” Taylor said. “People think I’m exaggerating when I say we’ve had 17 practices (before Jan. 9) since Nov. 16. I’m not exaggerating. Some of these teams have played 10, 12, 14 games and we haven’t, so that puts us at a disadvantage right now. We’re just starting out our season and some people are halfway through. … We just have to keep getting better.”

Brianna O’Connor and Kiersten Cashell each scored 15 points against Darby, and O'Connor scored 17 in a 53-49 loss to Canal Winchester on Jan. 13. Junior Kiersytn Liming, who played at Davidson last season, led the Indians with 20 points.

“We’ve been a little bit out of sync offensively, and we’re still learning where we need to be defensively for different defenses that we want to play,” Taylor said. “I’m happy with the effort of our kids and the positivity and with their composure. We’ve played some tough teams already and we’ve had good composure, good effort from everybody. Our seniors have been really strong leaders.”

•Coach John Riggs said the Bradley wrestling team has a young lineup and the  pandemic has done his program no favors.

The Jaguars lost their OCC-Central opener 67-3 to Upper Arlington on Jan. 7 with most of their upper-weight competitors out of the lineup because of positive coronavirus tests. Freshman Jason Morbitzer, the backup at heavyweight, gave Bradley its only points with a win by decision.

“We had some forfeits because of COVID, and we didn’t have any spare parts,” Riggs said. “We’re just not deep enough to make up for the bodies that are out.”

“We’re young as it is and this doesn’t make things any easier,” he said. “That makes it tough sledding for us.”

The Jaguars had an OCC-Central dual against Davidson on Jan. 14 and will face Olentangy Liberty in another league dual Jan. 21.

•Darby girls basketball coach Tay Tufts is looking to make up for a lost month after the Panthers missed much of December because of the coronavirus.

They were 3-6 overall but 2-1 in the OCC-Cardinal before playing Dublin Jerome on Jan. 15.

Darby entered the Jerome game coming off back-to-back league victories, as the Panthers defeated Olentangy Berlin 52-36 on Jan. 12 and Thomas Worthington 52-36 on Jan. 8.

Ashley Powers scored 14 points and Bella Heaton had 11 against Berlin, and

Heaton had 15 points and Tayen Brown added 12 against Thomas.

The Panthers are scheduled to play host to league-foe Marysville on Jan. 22 and Bradley on Jan. 26.

•Olivia Johnson was averaging 197.4 per game for the Bradley girls bowling team through Jan. 12 and was third overall in the COHSBC behind Gahanna’s Lilu Smith (213.0) and Delaware’s Hannah Halstead (202.3).

Katie Yabroff (166.6) and Madyson McKay (164.4) were next for the Jaguars, who were 3-0 overall and in the COHSBC-B before facing Thomas on Jan. 13 in their OCC-Cardinal opener.

Bradley is scheduled to compete against Worthington Kilbourne on Jan. 22 at Wayne Webb’s Columbus Bowl and Darby on Jan. 27 at Sawmill Lanes in both leagues. It meets Gahanna on Jan. 26 at Wayne Webb’s in a COHSBC-B contest.

•Will Mifsud had a 190.0 average to lead the Darby boys bowling team though five contests.

The Panthers were 0-5 overall and in the COHSBC-B before facing Pickerington North on Jan. 14 and 0-1 in the OCC-Cardinal before playing Groveport on Jan. 19.

Lyndsey Seagraves (153.1) led the girls team, which was 3-1 overall and in the COHSBC-B before facing Pickerington North and 1-0 in the OCC-Cardinal before playing Groveport.

•The Davidson wrestling team is looking for improvement under first-year coach Lee Wilson.

The Wildcats, who competed against Bradley on Jan. 14, will visit Dublin Coffman on Jan. 21.