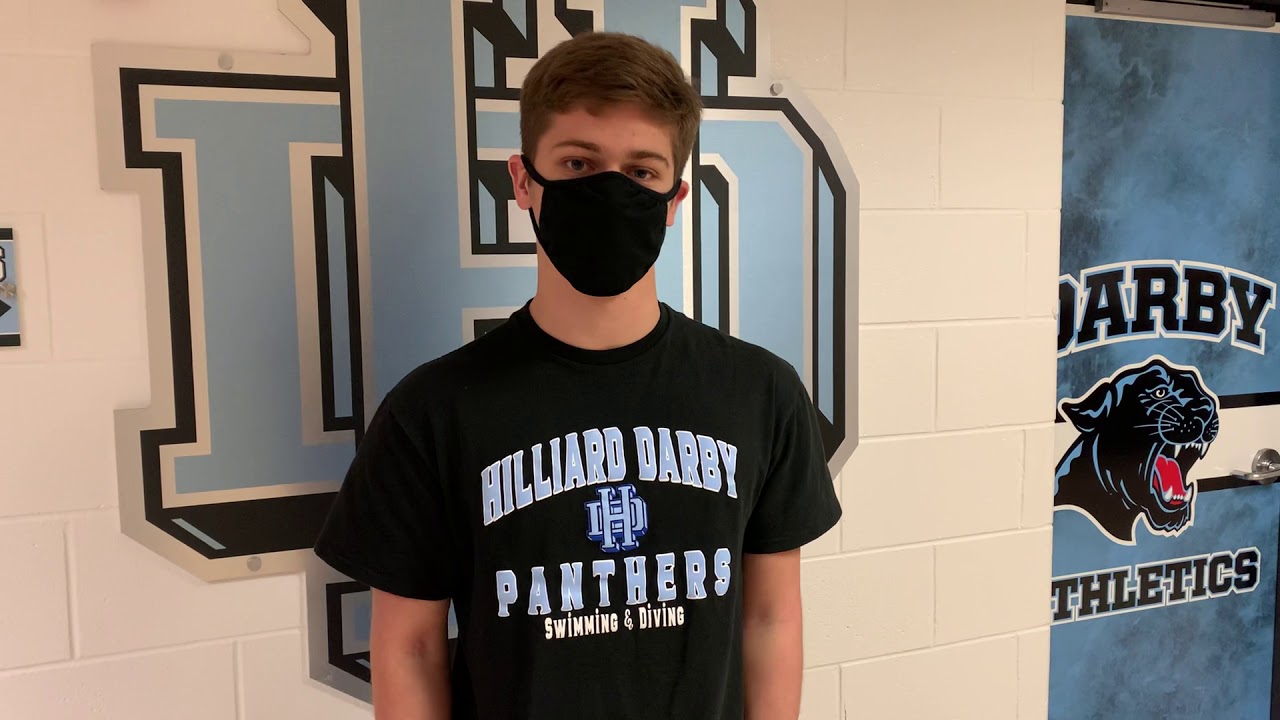 As Hilliard Darby senior diver Hayden Apel pursues a fourth consecutive berth at the Division I state meet, he continues to have a familiar face in his corner.

Thad Apel is not only Hayden’s father, but also his coach.

“He’s helped me through a lot in life and now he gets to be there and coach me through these last couple of high school diving meets,” Hayden Apel said. “He’s been there for me.”

Apel will compete at district Feb. 15 at Jefferson Country Club looking to secure another trip to state, which will be held Feb. 27 at Branin Natatorium in Canton. He is seeking his first district title.

As a freshman, he was the first diver from the three Hilliard schools to qualify for state, and he remains the only one to accomplish that feat. He also holds the program-record for six-dive (293.65) and 11-dive (519.2) competitions at Darby.

“My wife (Amy) and I are very proud of him,” said Thad Apel, who is in his fifth season as Darby’s volunteer coach. “We’re always amazed by not only what he’s accomplished diving, but academic-wise too, and how he can juggle both those things and do them both well.”

Thad Apel admitted his duties are more advisory than teaching the skills of the sport, as most of his son’s technical input comes from his club coaches.

Thad Apel, who has been an athletics trainer at Darby since the school opened in 1997, also guides girls divers Abby Killilea, Keira Porter and Bailee Sturgill.

Hayden Apel was introduced to the sport at approximately age 7 through the city of Hilliard Parks and Recreation Department.

He also credited club coaches Matt Ventura and Mandy Eby for his progression.

With limited facilities available because of the COVID-19 coronavirus pandemic, divers from the club have had to travel for practices, including to Miami University.

The pandemic also has limited the number of regular-season meets.

Apel will continue his career at West Virginia University.

“It was a tough choice, but I knew that’s where I wanted to go because they have both of my majors (exercise science and forensic science) that I want to study and I felt like I really fit in with the team and the atmosphere there,” he said. “It’s always been a dream, but I wasn’t sure where for the longest time, but now I know it’s West Virginia.”