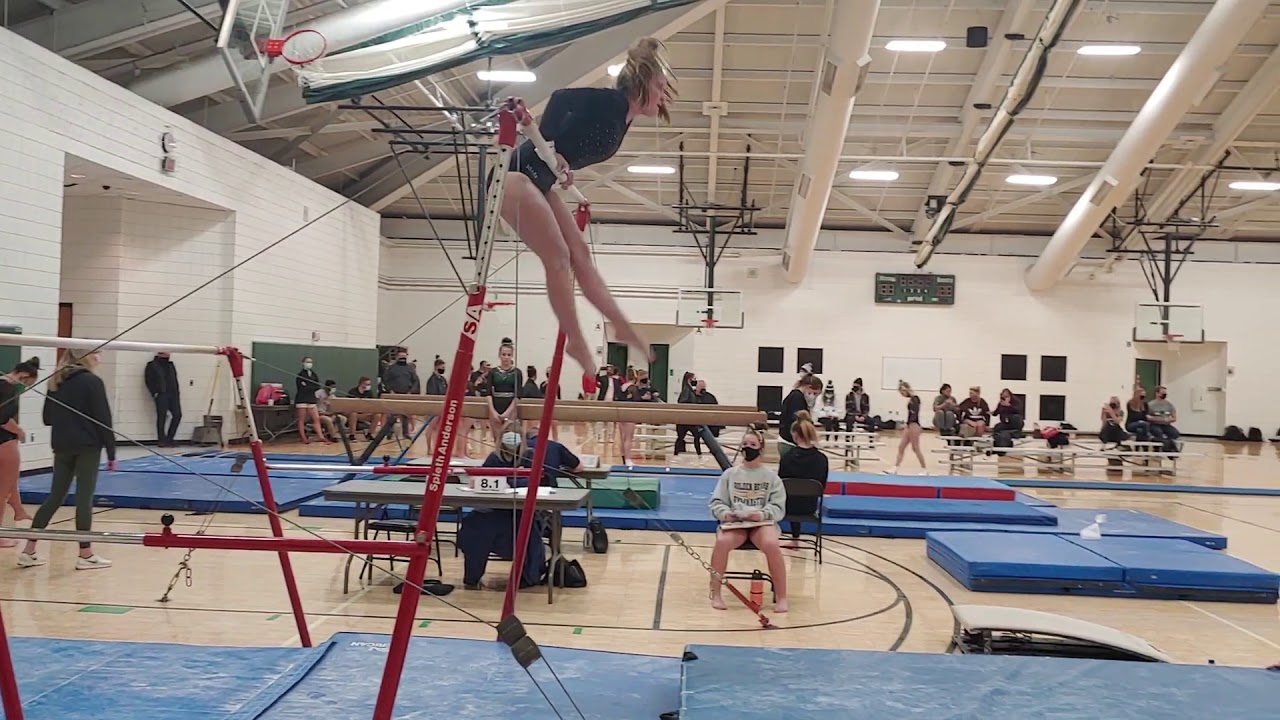 Upper Arlington gymnasts have considered floor exercise the team’s strength the past several seasons, most of which have ended in considerable success for the Golden Bears.

With the OCC-Central Division meet approaching Feb. 20 at Thomas Worthington, coach Anna Tzagournis said she is grateful for the Bears’ growth on a second event. That is something she hopes will provide needed points in the postseason as UA seeks its fourth consecutive league championship and first state team meet berth since 2015.

“Vault and floor, from the start we were strong with them, but with (uneven) bars, it’s like a whole other team,” Tzagournis said. “When I realized we were struggling on bars, we just went back to the beginning, to basics. We devoted about three weeks to improvement and increasing scores and it's been like night and day. If you’re not strong in your core and your arms, you won’t get better.”

In addition to conditioning, the team set up basic mini-routines and emphasized smooth connections and sticking landings. Stopping between skills on bars can cost teams tenths of a point per routine, a demerit that can add up and determine outcomes.

“We had to work on connections. That’s where we were struggling,” freshman Mackenzie Allen said. “You need a lot of upper-body strength for bars. We lifted twice a week, and we condition most days after practice. We’ve all gotten better as a team. It will help a lot at (the league meet) and district to be strong in multiple events.”

Classmate Elaina Schneider embraced being well-rounded both individually and as a team.

“Vault is my favorite (event), then floor, but we have to be well-rounded,” Schneider said. “(Connections) are about not stopping in between skills, not pausing before a flyaway, clear hip or a squat. Stopping a connection gets about three-tenths (of a point) off your score, and that can add up. You need every tenth you can get.”

Tally Angelis tied for third place on floor (9.05), just ahead of Mia Tzagournis in a tie for fourth (9.0). Tzagournis led UA on bars with an eighth-place finish (7.7).

Coach Tzagournis said she sometimes has trouble picking the lineup for a given meet because of her team’s depth, but added that is a good challenge to have.

“I’m more than impressed with all that they’ve achieved,” coach Tzagournis said. “Our team score in general has gone from around 127 to 132-something, so that’s significantly better. Everybody has upgraded or improved on one or more events depending on how many they compete. They have great work ethic and a great support system. I’m excited for what they can do the rest of the season.”

With her team having entered its second COVID-19 quarantine of the season shortly before the Division I district tournament draw, a first-round bye suddenly became a precious find for girls basketball coach Abby Dorsainvil.

Voted the 31st seed in the 41-team tournament, UA will play seventh-seeded Pickerington Central or 37th-seeded Licking Heights in the second round Feb. 19. The Bears – who are 3-11 overall and 1-6 in the OCC-Central and had lost seven consecutive games entering the month – can resume practice Feb. 13.

“We wanted to have a couple more days back out of quarantine. That was our top option … so where we ended up was the best option still available,” Dorsainvil said. “If we weren’t quarantined, we’d probably have tried to play that first round. But coming out of quarantine definitely changed our approach.”

UA’s final game before entering quarantine was a 64-34 home loss to Olentangy Liberty on Jan. 29.

The quarantine covered the final five games on UA’s regular-season schedule, three of which were in OCC-Central play. Another would have been Feb. 10 against Granville, the top seed in Division II.

According to Dorsainvil, the Bears hope to reschedule at least one game or potentially add a scrimmage to avoid going three weeks between games entering the postseason.

“We’ve faced some tough teams. We’re just looking to make ourselves better every day. That’s our top focus,” she said. “It’s about improvement from our side, but we’ve had a tough stretch.”

The boys and girls swimming teams will play host to their annual Division I sectional meet this weekend, but the pandemic means it will be spread over parts of three days instead of one and also has led to a change in qualifying to district.

The sectional will consist of 12 girls and 11 boys teams in Division I, and from Division II five boys teams and four girls squads.

Both UA teams will compete Feb. 13.

There are no automatic berths this season to the Division I district meet Feb. 21 at Bowling Green. The top 24 in individual events and the top 16 relays will advance based on sectional times.