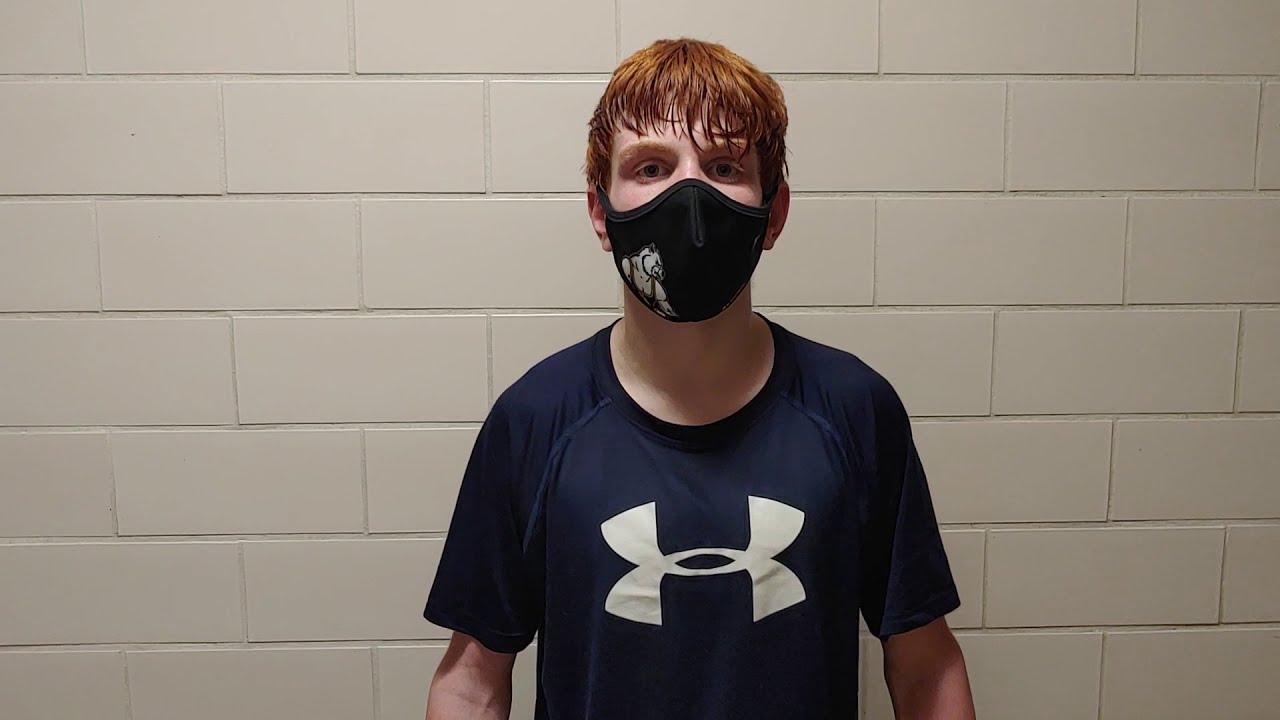 “I saw him at a football game (during the 2019 season) and I told him Upper Arlington hasn’t had a freshman qualify for the (Division I) state (tournament) in 33 years. We have to get off the schneid. We have to break that curse. You have to break the curse,” Stout said, pushing his index finger toward Myers’ chest for emphasis. “I told him, ‘Go home tonight, write that on your wall. Put it on your wall. That will be your goal.’

“So that night, he put it in on his wall and sent me a picture.”

That most recent freshman to make state was Stout himself, the first of four consecutive state appearances from 1987-90 before he went on to compete at Michigan.

Myers took that those words to heart and, after some early challenges this season, finished the regular season at 19-7 and will begin his first postseason with the Golden Bears’ home Division I sectional Feb. 27.

“I think it put a little bit of pressure on me at the time, but now I have more confidence in myself. I’m capable of doing that if I work hard enough,” Myers said of Stout’s challenge. “It let me know where I needed to go. I had a goal to get my weight up and goals to be good enough to compete for the starting job or step up to be a reliable person on the team.”

Myers, who has wrestled since first grade and came up through UA’s Mat Cubs program, competed at 86 pounds as an eighth-grader but a growth spurt over the past year helped him make weight at 106.

He wrestled three matches in the first two days of the season before having to enter a COVID-19 quarantine because of contact tracing. According to Stout, an 8-7 loss to Dublin Coffman’s Joey Baumann, also a freshman, in an OCC-Central Division dual has powered Myers into a late-season surge.

“That’s a match he probably should have won. He went in deep on a leg attack for 40 seconds late but couldn’t finish, but he definitely had chances,” Stout said. “He’s a hard worker, a hard-nosed kid. He reminds me a lot of myself, only he’s better. I just see the work ethic, the willingness to fight for everything.”

UA is seeded ninth of 45 teams in the district and is the second-best seed at its home sectional, behind seventh-seeded Olentangy Orange. The Bears will seek their third consecutive sectional championship against a field rounded out by Central Crossing, Chillicothe, Dublin Jerome, Hilliard Davidson, Marion Harding, Olentangy, Pickerington Central, Reynoldsburg, Thomas Worthington and Whetstone.

The top four finishers in each weight class advance to district March 6 and 7 at Hilliard Darby.

The boys swimming and diving team’s first Division I state qualifier this season broke a drought for the program.

Jack Kerstetter finished seventh (390.75 points) in the district diving meet Feb. 15 at Jefferson Country Club, earning the final state-qualifying berth by 0.65 of a point ahead of teammate Michael Lee. UA’s Spencer Wilkins was ninth (350.7) as the top seven finishers advanced to state Feb. 27 at Branin Natatorium in Canton.

Kerstetter is the Bears’ first boys diving state qualifier since Christian Holstein won the title in 2009.

Kersetter’s swimming teammates sought to join him during their district meet Feb. 21 at Bowling Green. The top two finishers in each event advanced to state, and 16 swimmers in each event earned at-large berths based on times statewide.

The girls state meet is Feb. 26 at Branin Natatorium.

The hockey team rolled into the district tournament having gone 6-0-1 in its previous seven games, a stretch that included UA’s second consecutive Blue Jackets Cup championship.

Second-seeded UA went 3-0 in the CHC’s postseason tournament, including a 2-1 win in triple overtime over third-seeded Olentangy Liberty in a semifinal Feb. 13 at OhioHealth Ice Haus.

The Bears beat top-seeded St. Charles 3-2 in the final the next day on the same ice.

Max Robins scored the tying goal late in the second period while UA was shorthanded and netted the winning goal – his team-leading 31st of the season – off an assist from Carson Gresock with 12:24 to play.

UA, which was ranked seventh in the state last week and seeded second in the district behind St. Charles, was 18-9-0-3 before playing 18th-seeded Kettering Alter or 19th-seeded Columbus Academy in a second-round game Feb. 21.

“It’s a tight room. We have a good winning culture that we’ve kept for a couple years, and I think the boys are playing for each other right now,” coach Hamish Baird said. “They’re having fun and beginning to realize it’s not always just about talent; it's about effort and attitude. They’ve stepped up and made that happen.

“We’re very excited (about the postseason). This is the most fun time of year. We have high expectations. Especially in this district, it’s up for grabs.”

The second-round winner will play seventh-seeded Olentangy Berlin, 11th-seeded Coffman or 24th-seeded Troy in a district quarterfinal Feb. 27 at the Ice Haus.

The district final is March 6.