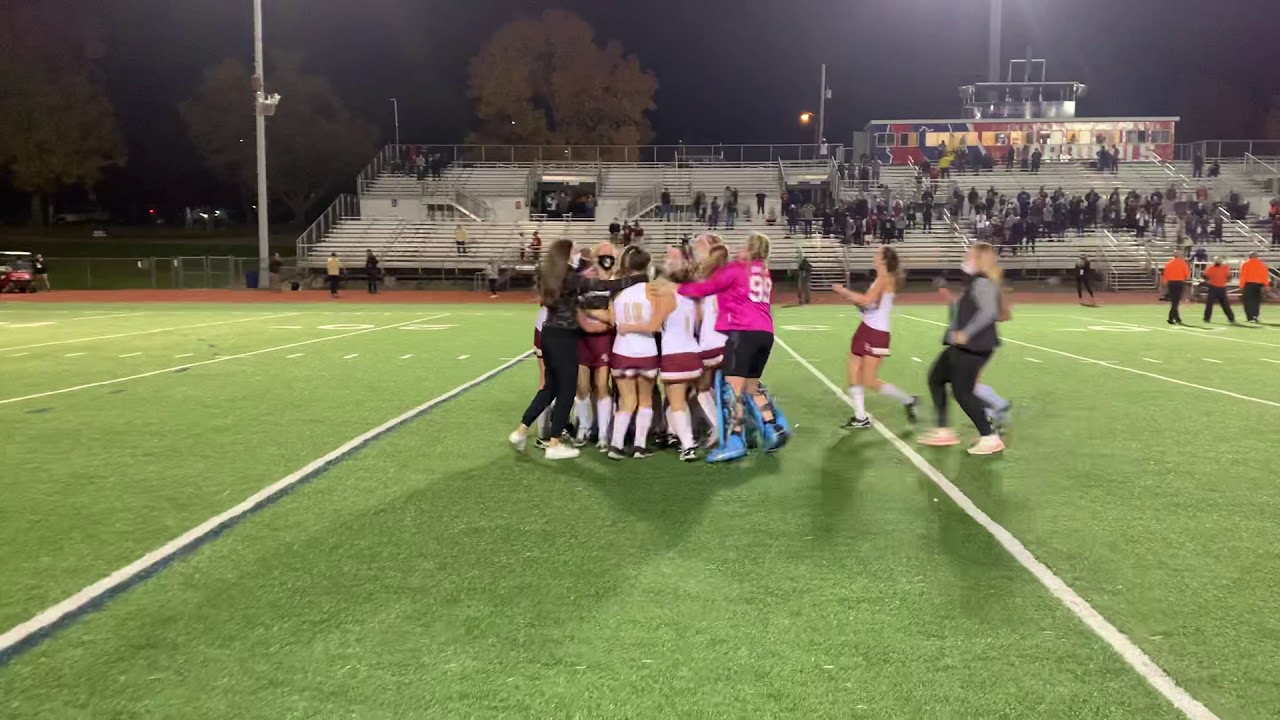 When the Watterson field hockey team beat Columbus Academy 3-1 on Sept. 9, it helped the Eagles win the COFHL-East Division title at 8-0.

The teams met again Nov. 5 with the stakes much higher.

Alex Picolo’s goal with 1 minute, 53 seconds remaining in the second overtime lifted Watterson to a 1-0 win in a state semifinal at Thomas Worthington.

The Eagles improved to 17-3 and will play Hudson for the state title Nov. 7 at Thomas.

Hudson beat Cincinnati Indian Hill 4-0 in the other semifinal Nov. 5.

“I’m so happy for her because she has worked hours and hours on that play that she scored off of — ball coming around from the opposite side and her on the back side, her coming around the back side and putting it in,” Watterson coach Janet Baird said of Picolo’s goal.

“I thought our kids played hard,” Vikings coach Anne Horton said. “I thought we left it on the field. Our defense was outstanding and came up with goal line saves on multiple occasions. We did what we had to do to try to put us in a position to win and you have to convert when you have those opportunities. We didn’t do that and they did and we’re going home.”

The Eagles are seeking their first state title since 2009 and fourth overall.

Academy, which has won 24 district titles, was looking for its third consecutive state championship and 13th overall.

“That was such an amazing sporting event for both teams and that is one of our most respected opponents,” Baird said. “We knew it was going to be this type of game. We talked about it and talked about it. It’s a gut check big time.”