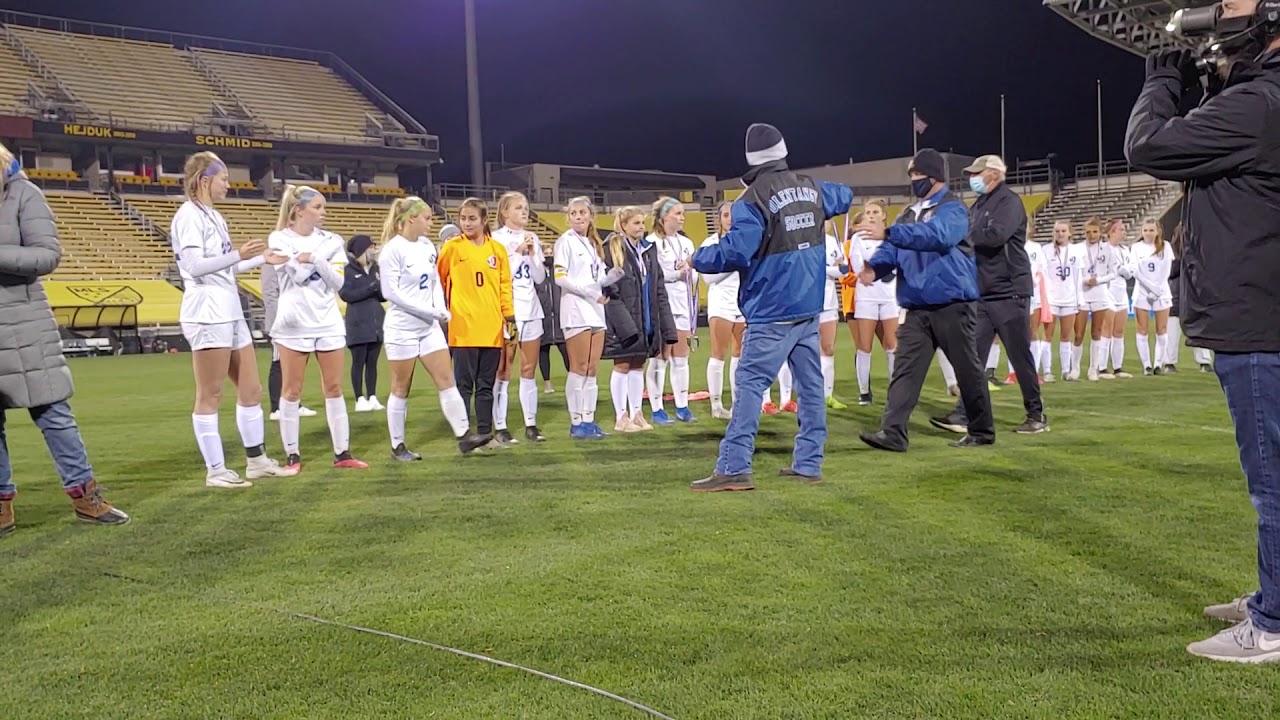 One of the first things Olentangy girls soccer coach Earl Devanny noticed in two days of preparation for playing Strongsville in the Division I state final was the Mustangs’ success in winning aerial balls to set up scoring chances.

That came to pass Nov. 13 at Mapfre Stadium, as Strongsville dominated possession almost from the beginning and kept Olentangy at bay to down the Braves 3-1.

Olentangy, which was competing in its first state tournament and finished 18-3-2, was outshot 22-4, including 15-3 in shots on goal. Braves goalie Katie Scott made 12 saves in her final high school game and Strongsville goalie Abby Kulda, a freshman, stopped two shots as the Mustangs finished 20-0 to win their fifth championship and first since 2011.

Shelby Sallee gave Strongsville a 1-0 lead 6 minutes, 22 seconds in off a rebound.

Olentangy tied it with 23:35 left in the half when Lexi White fired a shot into the top of the net off an assist from Kylee Beinecke, but the Braves struggled to mount threats thereafter.

“We used the width (of the field) to get behind them,” Devanny said of White’s goal. “We weren’t as good at doing that in the second half.”

The Mustangs took the lead for good with 1:35 left in the half when Taylor Demmerle tapped in a goal off her left foot, and they added insurance with 15:31 to play when Coley Sidloski scored from 20 yards into the left corner of the net.

“In my mind, the key is the ability to win the ball that’s coming out. We won the long ball and never let them get into the attack,” Strongsville coach Todd Church said. “We won so many head balls that took away their attack and allowed us to get a little bit of rhythm and settle the game down.”

The loss was Olentangy’s first since Sept. 8, when it fell to Pickerington North 4-2. The Braves went 14-0-1 in their next 15 games to reach the final.